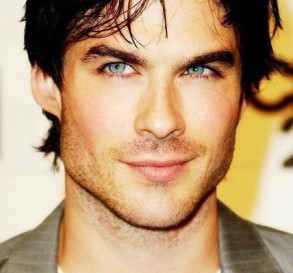 I will wake up and go to church on Palm Sunday with my family and then I will go and meet Ian Somerhalder and very possibly be very awkward in front of the beautiful, famous person. You know, just a typical Sunday.

If you are not familiar with Mr. Somerhalder, I will give you some background. Ian Somerhalder is an actor, formerly of “Lost,” now of “The Vampire Diaries.” He is a Louisiana boy and an animal rights activist. His brother lives locally, and they have a business together. I believe our Chamber of Commerce seriously needs to consider some kind of, “Hey, Ian Somerhalder stops by from time to time” campaign to draw in more tourists. The beach and art are great, but the beach and art and Ian Somerhalder are infinitely better.

When I was 11, I picked up L.J. Smith’s, “The Awakening,” the first in “The Vampire Diaries’ series. My 11-year old heart immediately fell in love with the exotic, green-eyed Stefan Savlatore and loved him right up to the point his bad-boy brother, the black-eyed Damon, walked into a darkened high school gym. The kinder, gentler Salvatore brother was promptly forgotten for his darker, more dangerous brother. Eleven year old girls are fickle. Anyway, in middle school, I read these books until the covers fell off and my best friend and I spent many hours pondering the perfection of the Salvatore brothers. This started a years-long preference for fictional bad boys like Troy Dyer and Will Herondale. (Thankfully, this preference only spilled over into my personal life for fleeting moments of insanity and I managed to marry a truly awesome man. Because bad boys? While immensely interesting in books and on film, are total jack legs in real life.)

Eventually, I outgrew the books and didn’t think much about them until a few years ago when I heard the CW was eager to cash in on the “Twilight,” “True Blood” market and was making a show based on the books. I found them in my old bedroom at my parents’ house and read them again. They … did not really hold up over time, but I was still probably a little more excited about the show than someone over 30 should be.

My greatest concern was that they got Damon right. I knew the actresses portraying Elena, Bonnie and Caroline were very physically different than the girls in the books and got over that quickly, but Damon – Damon had to be right, not only physically, but in terms of cocky swagger. Enter Mr. Somerhalder. It was like they plucked him straight from my brain and put him on television. Add to that the genius of Kevin Williamson and Julie Plec, Ian’s swagger and, of course, the undeniable acting skills of his eyebrows, and we’ve got ourselves a living, breathing (well, I guess technically an undead and not breathing?) Damon Salvatore.

The show’s writers are amazing and the plot lines and character development, which differ a lot from the original books, are never anything you see coming. They made Damon dark and dangerous with just the right amount of vulnerability peeking through and then they went and made him even better by making him a smart ass. Han Solo with fangs.

And THEN you find out that in real life, Somerhalder loves puppies and his home and his family and seriously, is this guy for real? I guess I will find out Sunday. Which leads me – finally – to my point. I don’t have much experience being around celebrities and I’m assuming I will have seconds to say hello and have a photo snapped. I know he meets thousands of people all of the time and what I say will be strung together with a million other comments about how he is loved, admired, etc., etc. But the thing is, I don’t do this sort of thing all of the time and while I know it will be a few forgettable seconds for him, it will be a moment I relive and retell for quite a while. I feel like I need the old Ellen DeGeneres Welcome Greeting Wheel full of choices like awkward one-armed hug or hand shake or firm embrace.

So, I need suggestions. Other than giggling like a school girl and basically making an idiot of myself. And a friend of mine has already claimed, “I carried a watermelon,” so that’s out.

(Also? It’s totally fine that I have blathered on about a celebrity crush for, well, a lot of paragraphs now because I have heard all about that Natalie golfer person’s pictures on Twitter of her new clothing line in great detail.)